The New Chapel — A Reason for Hope

Author Jeff Minick featured Christendom’s new Christ the King Chapel in his latest article in the Epoch Times, titled “Our Need for Beauty: A Look at Architecture.” Pointing to Christendom and others as places where beauty is being brought back into architecture, Minick ultimately sees the new Chapel as a reason for hope in today’s culture. 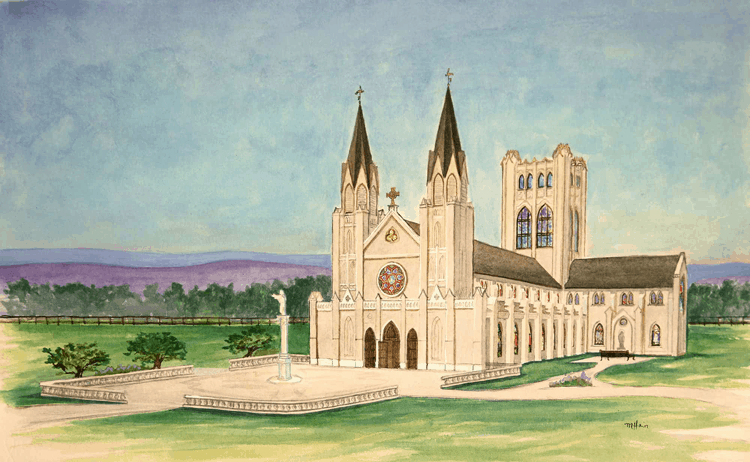 Minick, the father of four Christendom alumni, is an accomplished writer and commentator, often writing on the state of today’s culture. His latest article turns to architecture, and how its downturn from beauty to today’s concrete and glass status quo is emblematic of a cultural downturn as well. And yet, within all of that concrete, there are “cracks” according to Minick, where beauty is coming through again — such as at Christendom.

“That the college has a high regard for beauty may be seen in its buildings, most of which are constructed in a ‘traditional Virginia style,’” writes Minick. “The library is particularly beautiful, with ‘the basic form inspired by the college’s guiding principles: the octagonal, domed entry hall stands as a metaphor for Faith, while the two-story atrium at the core of the library embodies Reason,’ according to the college’s website.”

Minick goes further from the college’s current buildings towards the future, specifically in regard to the new Christ the King Chapel. The Chapel, whose site is currently being prepared for construction, will feature a Gothic bell tower and more — another example of architects trying to bring beauty back into architecture.

“This year the college has begun building a chapel in the shape of a cross, with a seating capacity of 750 and a Gothic tower 130 feet high,” writes Minick. “Like Roger Scruton and others, those erecting this chapel recognize the importance of a building’s beauty. They understand that if they are to teach beauty, they must offer examples of that beauty to their students.”

While many architects may be sticking to the status quo, those at Christendom and elsewhere are instead turning to tradition, according to Minick, making the culture better as a result.

To find out more about Christ the King Chapel, click here.