Christendom College declared victory on its comprehensive $40 million campaign on Thursday, October 4, exceeding its original goal of $40 million with a final tally of over $45 million. The college celebrated the milestone by breaking ground on the new Christ the King Chapel, which will be a symbol of hope and inspiration, not only to students and faculty, but to all who pass through the Shenandoah Valley of Virginia.

“In the midst of our current cultural crisis, people see the need for an educational institution ready to prepare students to be the Catholic leaders this world desperately needs,” says college president Dr. Timothy O’Donnell. “This campaign was started in order to ensure that Christendom will continue to answer this need for years to come. So many generous benefactors came forward in support of the college and so many faculty and staff gave of their time and own resources to see this campaign to the end, all because they believe that places like Christendom are necessary in this world. We’ve received many blessings from God during this campaign, and we are so thankful to be able to declare victory now because of the grace of Christ the King.”

The campaign, titled A Call to Greatness, was publicly announced two years ago, with the aim to complete the effort to raise $40 million by the end of the college’s 40th anniversary celebrations in 2018 — easily the most ambitious campaign in the college’s history. The college met and exceeded its three campaign goals: to raise funds for the Christ the King Chapel Project, double the endowment, and meet the college’s increasing annual fund needs due to student enrollment growth during the life of the campaign. All this will help to expand the college’s offerings while also ensuring its strength and stability. 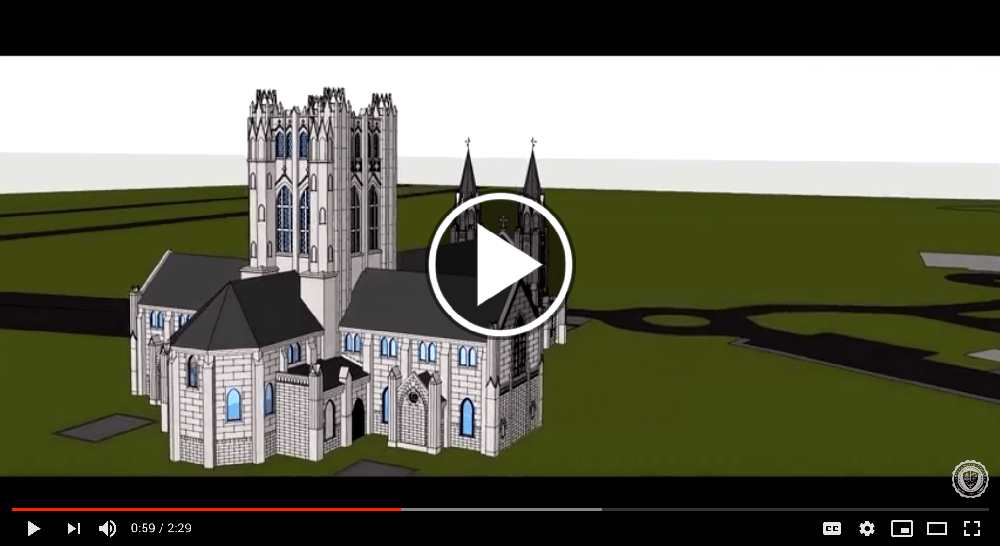 Watch the campaign victory video above to discover more about the Chapel!

“Reaching this milestone in the college’s history happened because of the tremendous sacrifices of our benefactors,” says vice president for advancement Paul Jalsevac. “These generous individuals believe in the mission of the college so much that they are willing to give sacrificially to ensure that Christendom is strong and stable for generations to come. With their help, together, we were able to not only reach our lofty goal but surpass it. And for this, we will always keep these generous benefactors in our prayers.”

Thanks to these benefactors, the construction of the magnificent new Christ the King Chapel will begin in the coming months, and once started should take between 16-19 months to complete. The site of the new Chapel has already been blessed as well, with Bishop Michael Burbidge of Christendom’s home Diocese of Arlington personally doing the blessing. 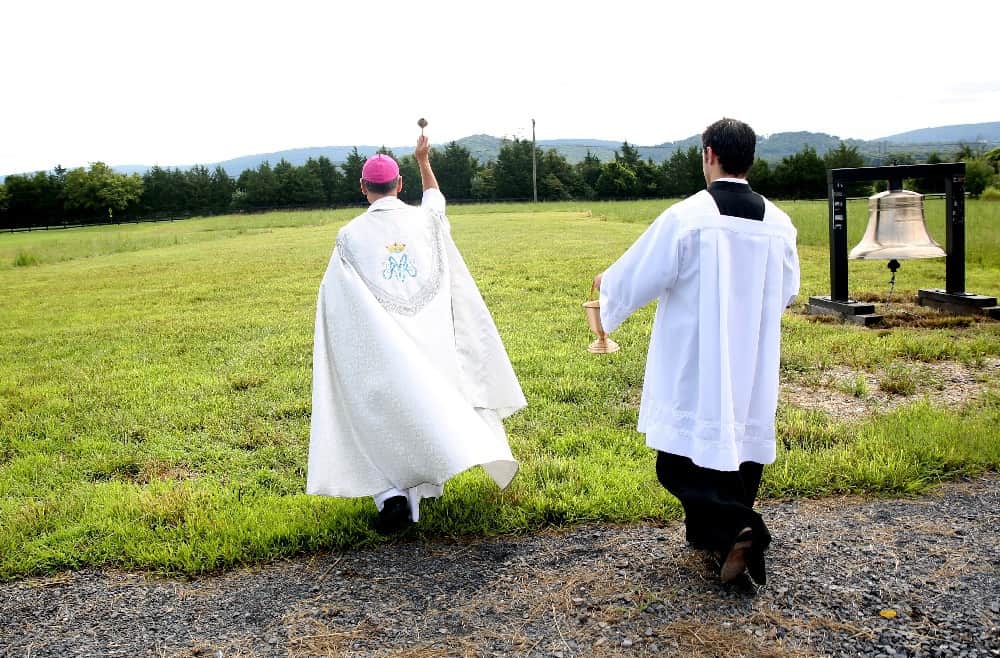 Bishop Michael Burbidge blessing the site of the new Chapel.

The new chapel will have more than double the seating capacity of the current chapel and a 116-foot Gothic bell tower that will rise out of the Shenandoah Valley and be visible for miles. The chapel will have a traditional cruciform structure, with a beautiful high altar, handcrafted in Italy in the early 20th Century at the center, and an exquisite hand-crafted organ, designed with over 2600 pipes. The chapel will also feature new artwork crafted to reflect the timeless traditions found in the great cathedrals of Western Europe and restored traditional sacred art rescued from abandoned historic churches throughout the United States. The sacred art adorning the chapel, including over 100 stained glass windows sponsored by benefactors, will raise the hearts and minds of the community to Heaven and pay homage to the great artistic traditions of Church patrimony.

“There is something in the intrinsic design of gothic architecture, with its soaring spires and beautiful colored glass, that elevates the mind, the heart and the soul to the contemplation of divine things,” says O’Donnell. “That is one of the purposes of our academic program here – designed to encourage students to think upon what is true, what is good, and what is beautiful. It is a great thing to conceive that, right here, in the midst of the chaos of our current cultural crisis, we are able to respond to that crisis concretely, in stone and with beauty. We can respond by boldly proclaiming that Christ is King, and we want to affirm that He is king, that His mother is queen, and that He will have a place where He will rule, where He will be honored, and the great Eucharistic sacrifice will be offered daily, here, on Christendom’s campus, with fidelity to the Church’s magisterium, and with devotion, love, and passion. I want to thank everyone who, in any way, worked tirelessly to make this happen.” 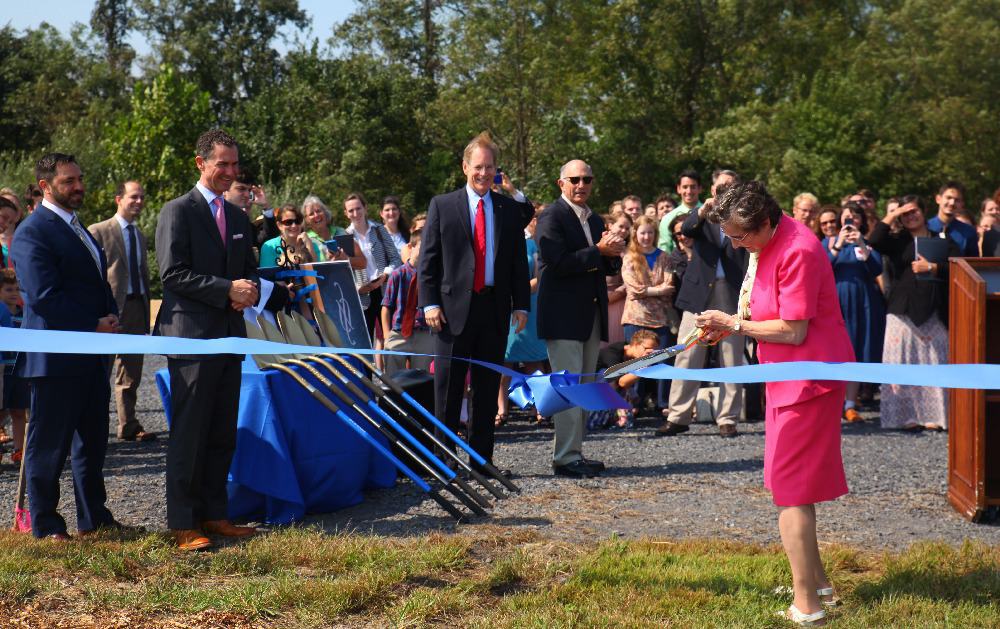 Christendom’s board of directors cutting the ribbon at the site of the new Chapel.

In addition to the construction of the chapel, funds committed to the campaign will more than double the college’s endowment from $10 million to nearly $25 million. These funds will help the college continue to offer generous financial aid packages and scholarships for deserving students, while also securing financial stability for the future — all without support from the federal government. Christendom, since its founding, has not accepted any money from the federal government, allowing it to remain free to teach the fullness of Catholic doctrine.

Doubling the endowment now preserves and strengthens the college’s independence from the encroachment of the federal government, while maintaining its vibrant Catholic culture and academic excellence, thus attracting the best and brightest students in America with competitive scholarships and financial support.

Additionally, donors contributed $15 million toward the annual fund during the campaign, enabling the college’s record enrollment growth of 30% since 2012.  These donations were used to fund the increased financial aid needed by the growing student body, hire qualified faculty, expand the college’s math and science offerings, and enhance student academic and spiritual support. 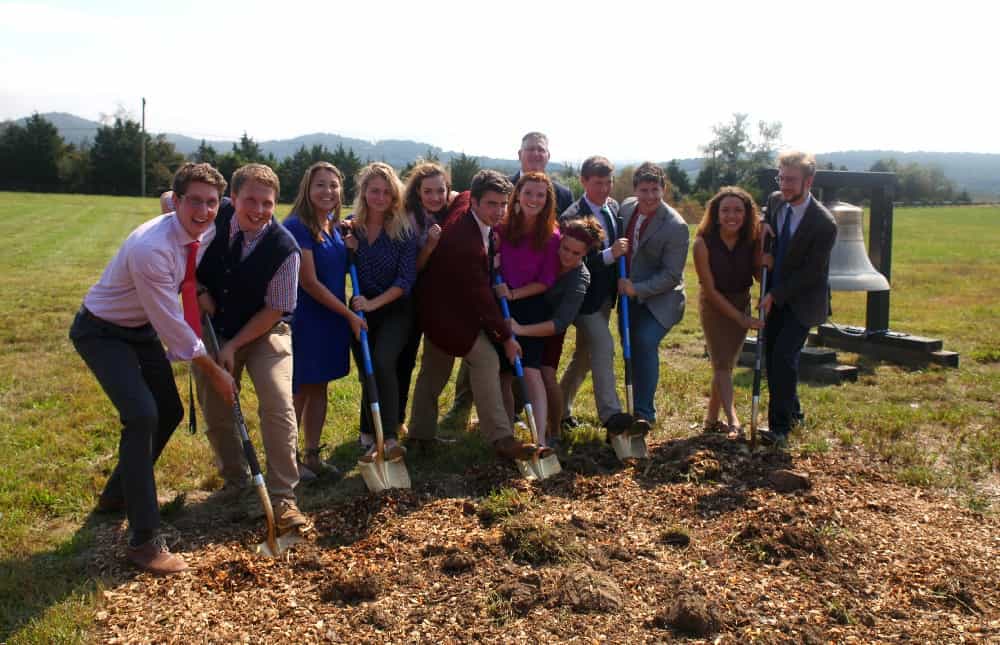 The college’s senior philanthropy board breaking ground on the new Chapel.

As the college moves into the future, it is well positioned to continue to play a leading role in Catholic higher education.

“This is not an end, but another beginning,” says O’Donnell. “The world needs Christendom today and we will continue to grow in our ability to fulfill our mission of ‘restoring all things in Christ.’”

For more information about the campaign victory or to learn about dedication opportunities available in the Christ the King Chapel, please visit campaign.christendom.edu